For the second time in three years, novelist/wine columnist Jay McInereny gave a keynote talk at the Professional Wine Writers Symposium, and again it was thoroughly enjoyable. Calling himself “a happy well-traveled amateur who’s a bit of a hedonist,” McInerney shared myriad thoughts. 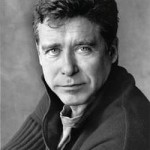 • On tasting notes: “Metaphors can be more useful to readers that descriptions.” And on wine writing in general: “I come down on the side of the subjective.”

• He loves reading the many wine-soaked passages in Evelyn Waugh’s “Brideshead Revisited” and Ernest Hemingway’s “The Sun Also Rises.” And he’s an unabashed fan of Auberon Waugh, calling “Waugh on Wine” “vituperative … the most pungent page for page” wine book ever. A favorite passage: “A tremendous amount of suffering goes in under the name Liebfraumilch.”

• McInerney cited “another polemicist who inspired me. Kermit Lynch is great storyteller and provocateur,” noting Lynch’s take on California wines: “I taste them and I wonder, ‘can a white man play the blues?’ ” And then he quoted Lynch double-channeling a couple of famous folks: “My idea of great Bordeaux is summed up by this quote from 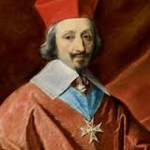 Alexandre Dumas, speaking in the voice of Cardinal Richelieu (left): ‘They are neither generous nor vigorous, but the bouquet is not bad, and they have an indescribably sinister, somber bite that is not at all disagreeable.’ ”

• McInerney made a great distinction that never had occurred to me re. vintners: “In Europe they have these interesting dynastic stories. In California they have interesting first careers.”

• He also praised the kindness of vintners on two fronts. “Winemakers are usually very generous about sharing their ideas and passion about their wine … One of the things I love about winemakers is generosity toward their peers. ‘There’s this guy just up the hill, and he makes these amazing wines …’ ” 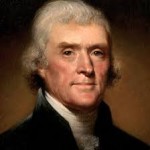 • Fittingly, he called Thomas Jefferson “the founding wine geek” and cited a quote that has appeared on these pages: “No nation is drunken where wine is cheap; and none sober, where the dearness of wine substitutes ardent spirits as the common beverage.”

• Still, he sounded a cautionary note for us admirers of fermented grape juice. “One of the hazards of our trade is we are in a position to drink wine night and day. We have to draw some boundaries.” So he takes a month off from drinking every year, after which, he notes, “I never feel as good as I hoped I might.”