I’m not buying it. While respecting the supply/demand rubric, I’m a stronger believer in the principle that “the price will be what the market will bear.”

For decades as a sports journalist and fan, I have tried to convince cynics that the salaries of the athletes have absolutely no bearing on how much game tickets and concessions cost, that those are completely determined by what customers are willing and able to pay. If ducats or beers are overpriced, sales figures for these items will go down. That’s where (wait for it!) supply and demand enter the picture.

Greedy, craven owners have tried for years to claim that the salaries of their “talent” drive prices, but that’s hogwash. In fact, the converse is true: How much money is available to pay players is determined by how much moolah the owners get from TV, merchandise, game revenues, etc. Union contracts call for a percentage of the revenues to go to the performers’ salaries. 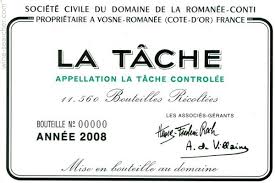 The “what the market will bear” principle completely holds true in the wine world. Yes, increasing demand has been a factor in driving the costs of high-end wines ever skyward, but that’s pretty much equally true for both Domaine Romanée-Conti (1,780 cases a year) and Château Lafite-Rothschild (35,000 cases a year).

Those.Wines.Cost.Exactly.What.People.Are.Willing.To.Pay. Not a dollar more or a dollar less.

Consider this: Production of wine during the Great Recession was steadily increasing, but the bottom fell out of the market for many wines, especially in the $30-$75 range domestically. Yes, there was less demand — but not because people didn’t want these wines as much as they had before; instead, it was because they had less disposable income. So wineries had to reassess and reconfigure what they could charge for wines based on what (wait for it!) the market would bear.

The same principles have been at work in the Bordeaux futures market. And they will hold true as the 2017 vintages get released. Supply and demand are absolutely factors, but only in the sense of the role they play in what the market will bear.